Hi and welcome to the podcast from internet marketing. My name is Chris is one of the owners here at EWR digital.

And my name is Matt Bertram. I’m the lead strategist at EWR digital with a new mic.

It sound good. I got it. The light in my eyes again today, but yeah.

Good thing. You have the hat. Cause then now you can see and people can see your face. Hey, this is just going to be a brief update. We wanted to get out there and talk about an algorithm. It doesn’t matter. Well, it just doesn’t happen. Like it used to, Hey,

It did certainly in June and July, there is like the fricking world.

Well, yeah, but they used to have like big announcements and they’re like, you know, it was a, it was more of a, I mean, there was a cataclysm, but it was not announced by Google and as such, not that it’s ever been an outsized cataclysms,

Just, it’s just all Fred’s. But this is different. This is Google announces search redesign using Mumm algorithm. Google announced a redesign of search, a Google search that introduces an intuitive way to explore topics and surface more content with mom that’s mum. And that was earlier in 2021. It allows you to search across different things. Moms stands for multitask unified model. You could probably teach a 1 0 1 course on how to like break that down. But the feature that Google is running with the most is the ability to search with images. Instead of just text, I’ve been doing Google images search. They’re just going to incorporate it more. I mean google image searches for quite some time. They’re just going to incorporate it more. You don’t have to go to like another search feature.

Google has already announced that the integration of mum into their lens app is coming in the Following months. And the other thing that it’s going to change is really it’s like extra questions. Right? What does that do people also asked or,

Well, people also ask, I’ve been, we’ve been knowing that’s gonna go away for a minute, as well as like the incorporation of image search. They’re trying to change how people search a little bit, but yeah, people also ask is going away. So.

We’re going to be.

It’s gotta be replaced with potentially three things. So one would be things to know. Right? So instead of Google, you know, the other people ask, Hey, there’s other things you might want to know about? I don’t know, whatever golf clubs, nexus, topic, zoom. So that’s going to allow you to like zoom. You can get more granular a topic. Okay. So a golf club, what, you know, what about the grip? Or what about the ed or the grooves on the head? Or you could get more macro, right? You could back out and you could say, you know, what’s the origin of golf where it had golf come from. So that’s going to be kind of in that same space and then visually browsable search results. That’s going to go to, to really like the images, right.

So you can actually see images and kind of go down that path.

Yeah. I guess, cause they, in this particular article, by the way, this was on search engine journal, they only did. They showed like, it’s kind of cool. They showed a video animation of what the things to know feature looks like. Pretty cool.

Let’s play it for those watching.

And I, I will do the best I can describe it. So itchy search result with really no knowledge graph and under it where you might find people also asked you are finding things to know like yeah.

I thought there was a bigger animation there. All right.

Good again, because it was so awesome. All right.

By the way, if you’re actually watching this, it probably means you’re on YouTube. You should go ahead and subscribe and follow to make sure you stay up with all the algorithm cataclysms. And if you’re listening to the podcast, this’ll be released with another one shortly. So don’t worry if, if you’re.

Yeah, no, it was interesting. Like I think that there’s a lot of this augmented reality that they’re starting to come out with and you know, I’m even starting to see it carried in the stores. I know Facebook’s trying to come out with something. I know Google glasses, I think was just probably too early, but I think, you know, Google is trying to index the whole world and how everything relates to each other. And that’s a lot of, kind of what they’re doing. I mean, I remember micro moments. Do you remember the trainings on micro moments? I think that this is kind of building on top of that concept of like, if you’re searching for something, what are you looking for? Trying to get that information to you as quickly as possible and as accurately as possible.

Well, and they’re also kind of working. I ended up, you know, this often sends you down a rabbit hole, reading an article that was discussing that there they’re really looking for, they’re going to have citations. So, and this kind of along those lines, this is what a Google’s pen do nor act he’s the VP of search said, he said, our vision for mom is not to move towards Google, simply providing single unattributed. Right. So it kind of felt like were moving in the direction of, Hey, you got your question. We’re giving you the answer, which you know, and in today’s modern era of fake news has the potential for problems, right? So now they’re saying, Hey, we’re going to do more than provide single unattributed responses.

We’re going to provide attribution by being able to dig down more granular or up more macro, you’re going to be able to kind of identify the source and follow up with the information you’re seeing.

So basically they’re going to give you context to the answer.

Yeah. Yeah. And you know, that’ll certainly help. I hope it, I feel like as the, the algorithm one, hopefully they’re going to work on fixing the challenge with the algorithm that only shows you what you like politically or informationally. So you, that’s why I believe we’re ending up with this society. That’s so cataclysmically divided is like, if you go to the internet every day and everything you read is about how dangerous vaccines are. You’re looking over at the other side, going, that’s crazy that they even believe they’re safe. How could you possibly take a vaccine? And then you’ve got the other side who’s going to the internet and doing their searches. And what’s coming up in front of them is how safe it is and how all of these other people are misinformed.

And you’re looking over at them like they’re misinformed and the algorithm is part of the problem.

Well, I’m not going to speak on that, Chris, but I will say, regardless of what the news shows you, crypto is the future.

And you will get no argument from me there. I mean, we could have a debate and express concerns, but you would get no argument. So that’s what we wanted. Ring something nice and short, nice and easy. We are going to say, Hey, we’re delivering value. If you’re getting value, we really could use some reviews. You can leave those reviews at AWR, digital.com forward slash review. And that’ll take you right to our GMB page. And we would really appreciate, it’s been a while since we’ve gotten a review and like, listen, like we’re, we’re really interested in getting a review. If you just need to type a message, send it to us. Like we’re, we’re waiting, eagerly, waiting.

We have gotten reviews, just not on that platform. On the next podcast. I will play a video review, which we’re getting a ton of right now. So it’s all about what you asked for and you get it. So we would like one on GMV though. So please leave one on GMB. We haven’t had a GMB one GNB it’s really important. Velocity of reviews is certainly something that Google looks at for Google local. So if you’re listening, please leave us a review. Thank you.

My name is Matt Bertram.

If you enjoy listening to our podcast, please consider leaving us a review. You can also sport one of our cool t-shirts and spreading the word about our show! 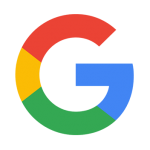 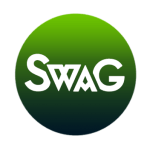 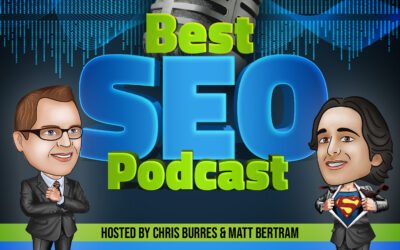